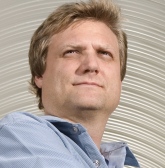 About Professor Highhouse
Scott Highhouse is a Professor and Ohio Eminent Scholar in the Department of Psychology, Bowling Green State University. He received his PhD in 1992 from University of Missouri at St. Louis. Scott served as Associate Editor of Organizational Behavior and Human Decision Processes (OBHDP) from 2001-2007, and as Associate Editor of Journal of Occupational and Organizational Psychology from 2007-2009. He was also co-editor, with Neal Schmitt, of the Industrial-Organizational Psychology volume of Wiley’s 2013 Handbook of Psychology.

Scott has been named a fellow of the American Psychological Association (APA), the Association for Psychological Science (APS), and the Society for Industrial Organizational Psychology (SIOP). And, he served as Publications Officer on SIOP’s Executive Board from 2009-2012.

Research Interests : Judgment and decision making as it applies to issues in personnel psychology, Corporate reputation and employee recruitment, History of psychology in the workplace.